FEAR NO MAN!
“Fear is a feeling induced by perceived danger or threat that occurs in certain types of organisms, which causes a change in metabolic and organ functions and ultimately a change in behavior, such as fleeing, hiding, or freezing from perceived traumatic events”

In other words, it’s the condition of the mind that affected human actions.
It’s started as an inferiority complex. Fear will make someone to tell or see lies as an alternative.
Uncountable lives have been lost due to fear.
It gives you negative impression towards everything and it’s responsible for all kinds of premonitions.
Many people I knew committed suicide because of fear.
In a nutshell, fear is a virus. It’s more dangerous than HIV and AIDS.
Beloved, there’s no doubt that Powers that make you to fear are real but they are not original. Original in the sense that they comes and go for instance, Political Power, Occultism, Physical Power, Technological Power to mention but a few. So, the above Powers have limitations.
Obey those in Authorities (Political Power) but don’t be afraid of them.

Do not fear those who kill the body but are unable to kill the soul; but rather fear Him who is able to destroy both soul and body in hell. (Matthew 10:28)
For the earth is the LORD’S, and the fulness thereof; the world, and they that dwell therein. (Psalm 24:1) 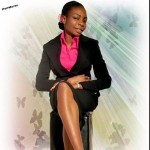 How TB Joshua died on his way to the hospital